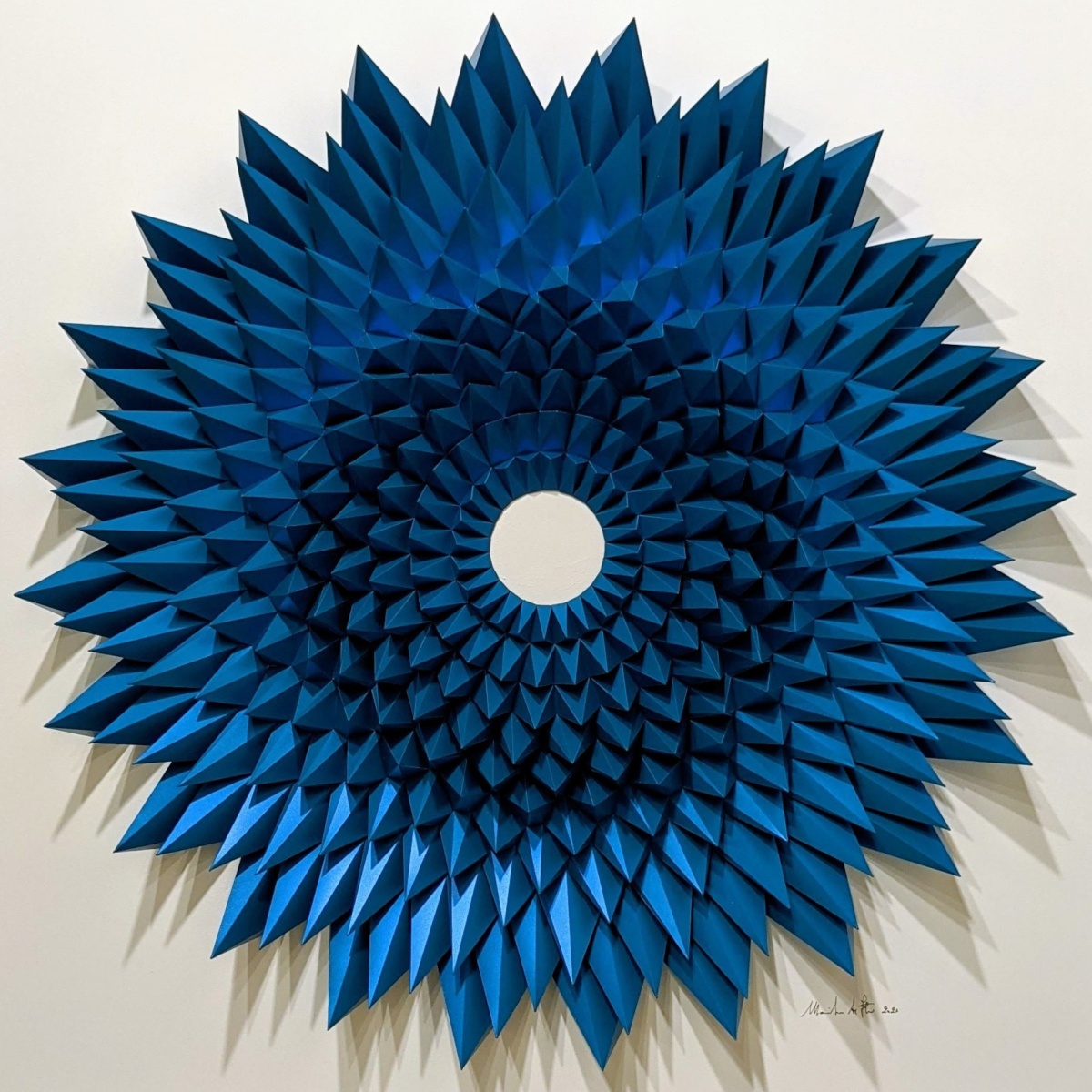 Massimiliano De Florio was born in Taranto, where he worked as an engineer in the aerospace sector and then transformed his passion for paper art into his work and his future. Massimiliano has applied his background in 3D design, in the aerospace field, to his hobby, paper art and founded the Mesh & Craft brand, with excellent feedback from numerous art galleries and collectors. So in 2015 he began to create paintings with paper sculptures whose shape is simplified to a minimum from a geometric point of view using more or less numerous polygonal facets of triangular and / or quadrangular shape. "The simplification of geometric figures makes them aesthetically attractive. It is precisely the lack of details that gives it an aesthetic value". (Massimiliano De Florio)

His works break with the tradition of the two-dimensionality of the wall work becoming vibrant sculptures, whose intense play of light and shadow produced by the folding of paper create circular, pointed and spiral shapes that hypnotize and capture the observer in a dimension between the physical and the spiritual.